Following on from a recent conversation with my contact at the RSPCA about a young miniture horse with stifle issues requiring a bit of rehab before being rehomed, saw the arrival of Rebel. The background of this young man was that he had been recently rescued, was around 12 months old and had been gelded just the day before, but they [the staff at the yard he was taken to] could now catch him. Now I must admit, I was expecting a naughty, hard to handle, small beasty with devil horns ............. the reality, fortunately, was much different.

The lorry arrived and a nice man explained that young Rebel was quite nervous. He opened the door and I had to smile as he was far too small to see over the partition, although the driver reliably informed me that he was really in there. Partition pulled back and there stood a "horse" the size of a Labrador 😍

Down the ramp he came, photo taken for prosperity and I led my new arrival into his stable. I must admit, the 2kg of hay I had piled on the floor was actually as big as Rebel, but he didn't seem to mind. It had been a long journey and after a quick wee and a drink, he was happy to tuck into his mountain of hay. I am pleased to say he had a settled night and was eager to greet me in the morning. 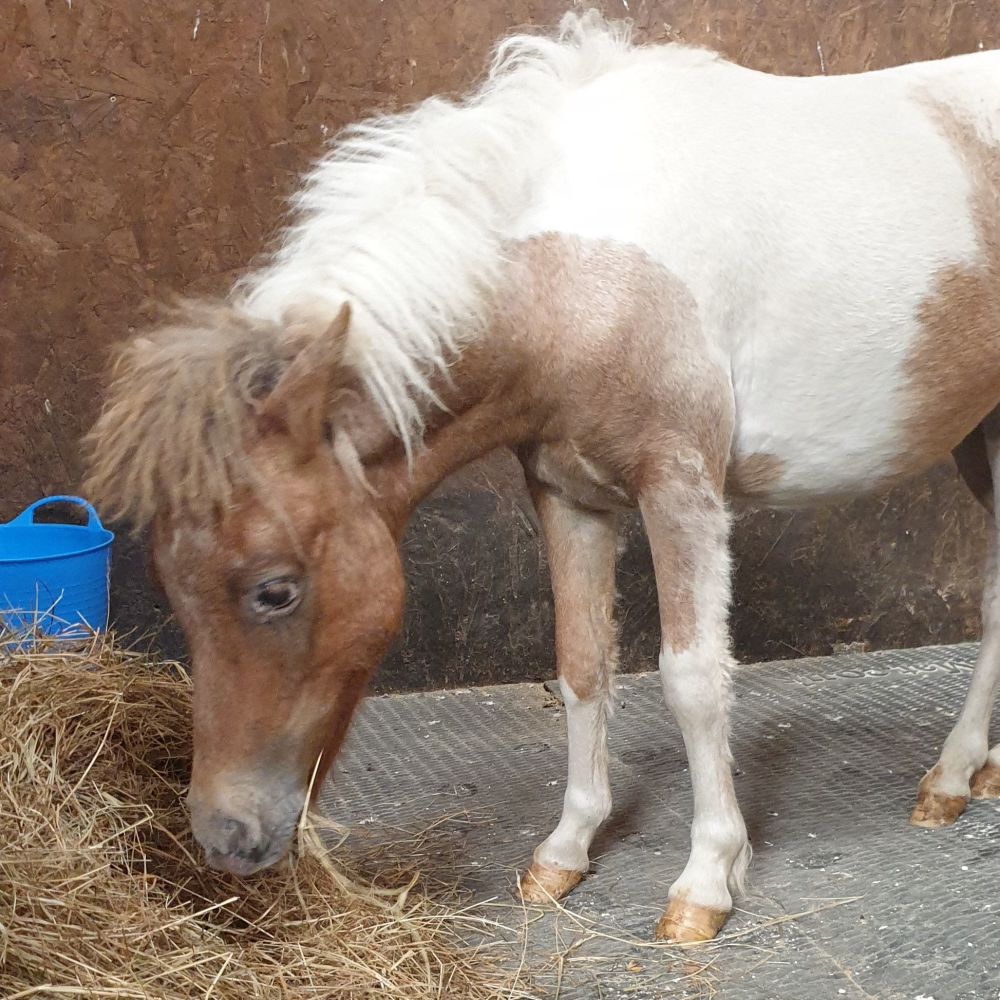